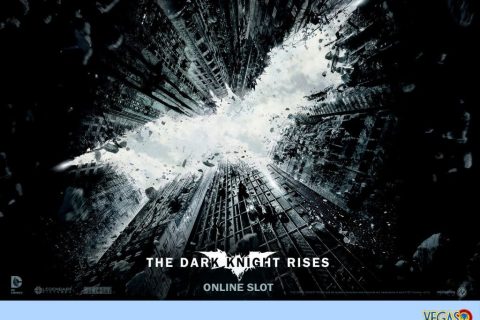 The Dark Knight™ (Slot Game) was released on 28th June 2012, by Microgaming.
The game has a set of 5 reels, 243 win ways and a Progressive Jackpot. The graphics and theme of the game are inspired from the famous movie franchise “The Dark Knight” featuring the comical superhero Batman. The symbols on the reels are taken from the movie and include characters like Batman, Bruce Wayne, Joker, Harvey Dent, Commissioner Gordon, Rachel Dawes, Mayor Garcia, Mobster Maroni, Lau and some high value playing card symbols starting from Ace to Ten. In the background the game has authentic movie theme soundtrack along with exciting gameplay sound effects. The highlights of the game are Cinematic Spins™ and Batman or Joker Feature.Jackpot :There are 4 jackpots: The Mega, Major, Minor and Mini progressive pots.
The progressive jackpots are won through a randomly triggered jackpot feature play. Once triggered, player goes to a screen with a wheel that player clicks to spin.

The Dark Knight Features and Symbols

This Batman themed slot game has a set of 5 reels, 243 win ways and a progressive jackpot. The coin size varies in the denominations of 0.01 up to 0.02, and wager up to 10 coins. The minimum bet amount is 0.30 and the maximum bet amount is 6.00 per spin. The maximum jackpot payout, other than the progressive jackpot payout is 4,000,000 coins. The game features Cinematic Spins™, wild symbol, scatter symbol, free spin bonus round and Batman or Joker Feature.

The Batman Logo symbol in the game is the wild symbol. It acts as a substitute for other symbols to complete the winning combinations, except scatter symbol. It is possible for multiple symbols to appear on a reel creating a symbol stack and increasing the opportunity to win for the player.

Free Spin BonusThree or more Joker Logo symbols scattered anywhere on the reels activate this game. In this feature, player is awarded 15 free spins and all the regular wins are doubled. During any non-winning free spin, batman or Joker can randomly award upto 5 additional free spins or a 1x multiplier value, which is added to the current multiplier value.

This feature is randomly activated during the regular game and free spins bonus game. In this feature, either Batman or Joker are displayed and award a random prize, the random prizes to be won are :

In this feature, random reels are transformed into wild reels, up to three and only reels 2, 3 and 4 can be transformed.

In this feature the player can win up to 5x multiplier value in the regular game and 1x up to 5x during the free spins.

In this feature, player is awarded a random bonus win amount which is added in the already won amount.

In this feature, if 3 Batman Logo symbols are stacked on reels 1 or 2, one of the reels are held and player is awarded 1 free spin.

In this feature, player is awarded up to 5 free spins which are added to the remaining number of free spins.

This feature is randomly activated during the regular game. In this feature upto five reels are transformed into wild reels, however wild and scatter symbols do not appear.

The game is based on the 2008 action movie hit titled The Dark Knight, which was based on one of the, comic book heroes, DC comics famous Batman. The Dark Knight is a 2008 superhero film directed, produced, and co-written by Christopher Nolan. Based on the DC Comics character Batman, the film is the second part of Nolan's Batman film series and a sequel to 2005's Batman Begins. Christian Bale reprises the lead role of Bruce Wayne/Batman, with a returning cast of Michael Caine as Alfred Pennyworth, Gary Oldman as James Gordon and Morgan Freeman as Lucius Fox. The film introduces the character of Harvey Dent (Aaron Eckhart), Gotham's newly elected District Attorney and the consort of Bruce Wayne's childhood friend Rachel Dawes (Maggie Gyllenhaal replacing Katie Holmes from the first film), who joins Batman and the police in combating the new rising threat of a criminal mastermind calling himself "The Joker" (Heath Ledger).