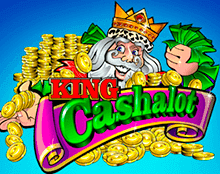 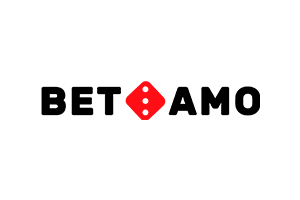 King Cashalot (Slot Game 🎰) was released in August 2004 by Microgaming. This progressive slot game has 5 reels and 9 paylines. The graphics of this animated video slot game comes with a comical theme, portraying a slightly megalomaniac king that wants nothing more than getting all the treasures in the world. The symbols on the reels are medieval- theme inspired and includes King Cashalot, Dragon, Jester, Queen, Knight, Damsel, Gammon, Turkey, Fish, Pudding and Fruit. In the background the game has an ambient sound effect of any land based casino, with the spin of every reel and wins scored, some theme inspired music could be heard. The highlight of the game is its Jackpot.

5 King symbols on the 9th payline. Player must have bet max 9 coins per spin to qualify to win the Jackpot. On average the jackpot will hit a little less than once a month.

The Progressive Jackpot is only available to Real Money Account users.

This progressive slot game has 5 reels and 9 paylines. The game features Scatter symbols, Wild Multiplier symbols, Treasure Bonus Feature game, and a Progressive Jackpot. The coin size is fixed at denomination of 0.05 and wager 1 up to 5 coins per pay line bet. The minimum bet amount is 0.05 and the maximum bet amount is 2.25 per spin. The maximum payout, other than the Progressive Jackpot, of the game is 15,000 coins.

The King symbol also doubles (2x) the payout of any combination it completes.

The Jester symbol is a scatter symbol. This means that it does not need to appear in a line on an enabled payline, to win. It can be scattered anywhere on the five reels, as long as two or more Jester symbols appear, player wins.

The Bonus game is a very simple matter of choosing a treasure chest and when player clicks on one the treasure in the chest is yours. But it gets better the amount in the chest is multiplied by the number of coins player bet per payline and the number of paylines player had enabled, this figure is the bonus player wins. So to win the biggest bonus player has to make sure to bet max coins on max paylines.

The game has a comical theme, with a megalomaniac king that wants every treasure in the world for himself. King Cashalot features theme specific symbols like a Knight, a Damsel, a Gammon, or King Cashalot himself.

The following is the breakdown of the regular paytable :

All wins pay left to right except scatters which pay any.

All wins multiplied by credits staked per line except scatters.