The Lucky Witch Logo symbol in the game is a wild multiplier symbol. It acts as a substitute for other symbols to complete winning combinations and multiplies the payout by 2x. The Lucky Witch Logo wild symbol does not substitute for the Potion symbol or to activate the Free Spin Bonus Round game and also does not substitute for the Cauldron symbol to complete winning scatter combinations or to activate the Mystery Bonus Feature games.

The Cauldron symbol, and the Potion symbol in the Lucky Witch slot machine game are scatter symbols.

Three or more potion scatter symbols activate this feature. Player is awarded 13 free spins. The feature can be re-triggered during the free spin round. 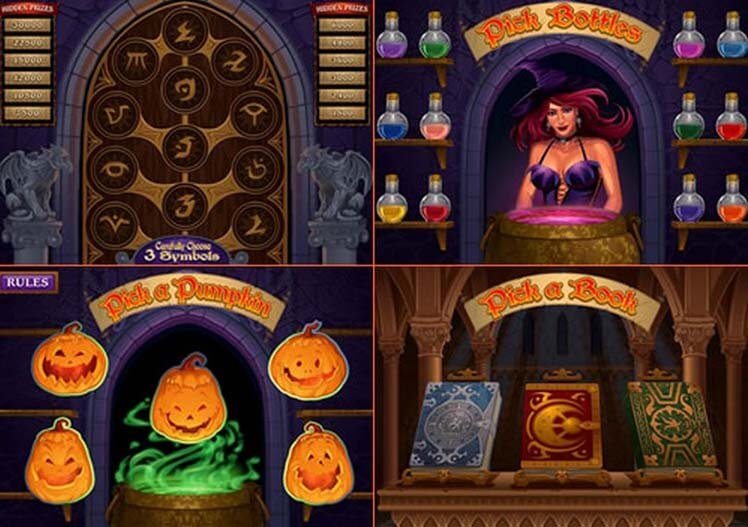 The Mystery Bonus Feature is triggered when the Cauldron scatter symbols appear anywhere on reels 1, 3, and 5 simultaneously.