5 Most Amazing Casinos to Visit in Las Vegas

Las Vegas is the best known destination for gambling in North America, and perhaps even in the entire world. Naturally, it has some of the biggest, grandest, and most impressive casinos. However, it can be difficult to pick which casinos to visit if you're planning a trip. In this article, we'll be talking about five of the best casinos in Las Vegas as selected by New Zealand casino experts; featuring attractions not limited to sharks, Cirque de Soleil and celebrity performers. 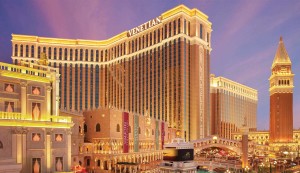 Like many of the casinos in Las Vegas, the Venetian is huge. It actually is home to two buildings on their property – the Venetian itself and the Palazzo, which was added some time later. Between the two locations, they have over 2,000 slot machines, over 100 table games, and exclusive high stakes tables for preferred customers. The entire casino is designed after the home of the Venetians in Italy, bearing a canny resemblance to Venice. They regularly host poker tournaments and other gambling events. When gamblers get hungry, they can head over to the LAVO restaurant, which fuses blackjack with mixology and Italian cuisine. The Venetian also has several stages where they host events of all kinds, including award shows such as the MMA Awards, and celebrity performers like Kenny G. 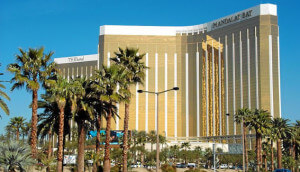 Mandalay Bay has kind of a tropical theme going on, which it gets through its 135,000 square foot themed gaming area that features slots, table games, and so much more. Additionally, the resort has an artificially constructed reef that is home to sharks, fish, and other sea creatures, which you can actually go diving in during specific programmed events. Outdoors, they have a beach area with a wave pool and a bar and grill. Finally, Mandalay Bay features a huge shopping boutique where you can buy products of all kinds from some of the top suppliers in the country. 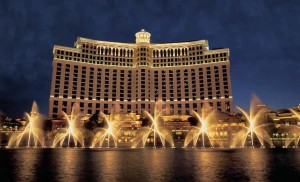 The Bellagio is one of those classic casinos that's instantly recognizable when you see it. This is partially due to the fact that it has been used as a location for numerous Hollywood movies, such as The Hangover and Ocean’s Eleven. The casino has fine dining, numerous bars and nightclubs, and entertainment attractions including performances from Cirque du Soleil, botanical gardens, and the huge fountains outside the casino. The casino itself is famous for its semisecret high stakes poker room nicknamed 'The Office.' 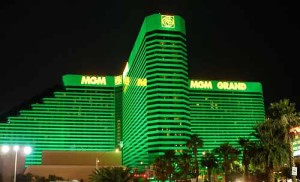 Another classic casino that's appeared in many movies, and is generally known as a Las Vegas landmark, is the MGM Grand; which is actually owned by the same people as the Bellagio. The MGM Grand, however, is the second largest hotel in the world based on the number of rooms it contains. It has a casino floor that's 175,000 square feet, it features 2,500 slot machines in addition to a multitude of table games and it has a sports betting section with 60 plasma TVs. Until 2012, the MGM also had a glass enclosure with six lions right in the middle of the casino.

Kind of the dark horse of this list, given that it isn't owned by a huge conglomerated hotel company, the Wynn is no less luxurious or amazing as a resort destination. In fact, it has won more Forbes

As you can see from these amazing top 5, casinos have a whole lot more to offer than just gambling. Many of them are all purpose entertainment locations that can be amazing destinations for people of all interests. Check out Las Vegas as a travel destination whether you want to be transported to Venice for a gondola ride, or you want to feel like you are at the beach swimming in waves!