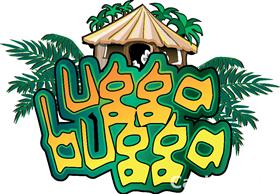 Ugga Bugga (Slot Game) was released in July 2006 by Playtech. This game has set of 3 reels and 10 paylines. The visuals of the game feature quality graphics with bright color combination and art style. The game is based on the theme of African Tribe. The symbols on the reels are Idol Wild, Black African Mask, Red African Mask, Gold African Mask, Black Drum, Red Drum, Wood Hut, Grass Hut, Stone Hut, Carrots and Soup. In the background game has intimidating soundtrack complementing the game theme. The highlight of the game is the MultiSpin Slot Feature.

The game has 3 reels and 10 paylines. The coin size varies in the denominations of of 0.01 up to 5.00 per line bet, and wager 1 up to 5 coins per pay line. The minimum bet amount is 0.01 and the maximum bet amount is 250.00 per spin. The Jackpot Payout is of 10,000 credits per bet line. The game features MultiSpin and Wild symbols. Multispin Slot In this game, player will get a chance to play with Multispin Slots which is a giant leap. Once the first spin of the game starts, player can choose the reels they want to hold and spin rest of them. This feature of the game enable the player to increase the chance of winning game by holding same combinations on all five rows. Some of the reels include 3-reel, 5-row, multi-spin slot machine games allow you to wager 1 up to 5 coins per pay line bet, per spin. Wild Symbols The Idol with the word written wild symbol in the game is a wild symbol. This means that the Idol wild symbol acts as a substitute for all other symbols except the scatter symbol to complete winning combinations. Multiple wild symbols also create their own winning combinations. The game comes with a user friendly interface wherein player gets to increase or decrease the coin size by pressing + or – sign. By pressing Bet one and Bet Max button, player can chose the number of coins to be wagered per payline. The game comes with an Autoplay feature wherein player can choose to automate the gameplay with a fixed value of spins as well as wager amount.

This game is based on the theme of African Tribe. Africa has a large number of tribal people located in diverse areas of Africa and known by different ethnic groups. All the symbols on reels are inspired from the theme of Ugga Bugga. 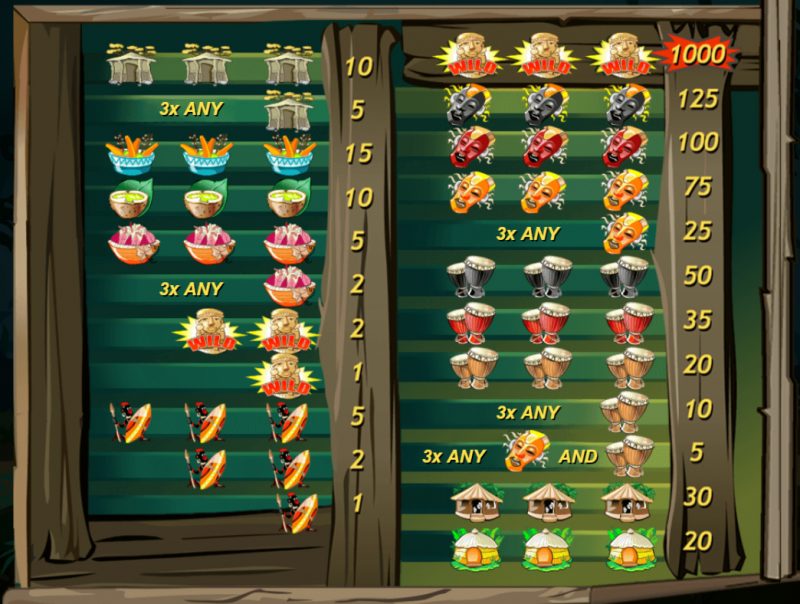 All symbols pay from left to right except scatter, which pay any. Malfunction voids all pays.