Have you ever played colorful and attractive slot machines or gambled on your favorite sports like horse-racing or football? Do you remember the excitement you felt when waited for the results and that taste of success feeding your obsession to keep betting?

Gambling is addicted and can get a gambler hooked in a moment. When you immerse yourself into the world of sound, lights, and awesome games, it feels like nothing exists in this world anymore. The illusion of the magical world can only break down when you lose the game and money.

All that’s true? Numerous examples of worst gamblers reveal that they continue betting after each lost until they win, then they start over again.

So, let’s take a look at Australia’s worst and best gamblers ever.

The biggest winners and losers in Australian history

Gamblers have no one to blame but themselves for their losses and insatiable appetite. Some gamblers are enjoying their life and success, while others are losing not only huge amounts of money but also their reputation, sweet homes, families, friends, etc.

A strong desire to make money make more money can be rewarding or a true disaster. There’s no such thing as fast luck in the gambling world. When it comes to winning, professional punters have their own systems and betting patterns. For instance, Balvinder Sambhi from Birmingham scooped the fortune of £28.000, using his secret “no-lose” system, which he has spent years improving. 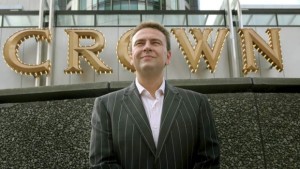 Harry Kakavas, Gold Coast real-estate salesman and a diagnosed high-rolling “pathological gambler”, those losses totaled $20.5 million, borrowed millions from banks, friends, and his own family, and even served the jail sentence for stealing a huge amount of money to keep up his “hobby”. He lost over $160 million in less than 6 hours, paying $300.000 per hand on baccarat! We guess, he definitely knew the best way to play baccarat. After losing almost $1.5 billion at Melbourne Crown Casino in less than a year, he claimed casino had engaged him in gambling by luring him back, although they knew he was a serious and problematic gambler.

He failed in the extraordinary court case against Crown Casino.

Mick Sayers, a British born immigrant and one of Australia’s hardest criminals ever, was one of Sydney’s biggest punters in the early 1980s who made his living as an SP booker at Sydney’s racetracks. He was not only a gangster and a hitman, but he was also a lousy punter who lost more than won.

He is best remembered for his role and involvement in the massive failed betting scandal “Fine Cotton Ring-In”, perhaps Australia’s most famous sporting scandal, in which he has invested $12 million.

Gamblers are spending their time looking for the right recipe for success. Are there any recipes for success? According to the mathematicians, winning steaks exist and winners are more likely to keep winning streaks, while losers are increasingly likely to continue loosing!

Australia’s professional gambler and the founder of MONA on the remote island of Tasmania, Hobart, David Walsh has used his true gift for mathematics leading him to become one of the biggest gambler’s in Australia. Operating the gambling syndicate Bank Roll, he wins more than $8 million a year! 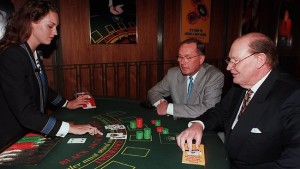 Kerry Packer nicknamed Prince of Whales, Australia’s richest man, one of the richest people in the world, and a legendary gambler, from the 1980s until his death in the year 2005, was one of the biggest gamblers in the world, best known for his high-stakes gambling ventures into blackjack, poker, and baccarat. For instance, only several London’s casinos could handle this world-class gambler and his bets. When Aspinalls Club ran out of money, it claimed Kerry had gambled there and won, which had forced one of the most exclusive casinos in London to shut down.

He equally lost and won huge amounts of dollars, but what’s the most interesting fact about Kerry Packer was his wish to share his wins with others.

Zeljko Ranogajec, a Croatian born immigrant, and a mathematical genius is one of the most innovative blackjack players of all time and the world’s biggest and most mysterious gambler, rarely showing up in a public and never giving interviews. Inducted into the Blackjack Hall of Fame, Zeljko is the world’s biggest punter, a winner of a then world-record $7.5 million Keno jackpot, and a legendary blackjack player remaining a mystery to the world to this day.