17th of March is St. Patrick’s Day! As the saying goes “If you’re enough lucky to be Irish, you’re lucky enough”. We value all Irish things, so since St. Patrick's Day is right a week away, we've prepared some interesting facts and info to get you some Irish luck on that special day.

17th March is not only St. Patrick’s Day for King Billy, the first runner-up in TOP 25 online casinos in New Zealand the casino operator celebrates its 4-year anniversary on this day. And I’m sure, it will be memorable as they throw an online promotion party of 4 huge offers, 1 for each year.

Get 50 Free Spins on Midas Golden Touch by Thunderkick/Dragon Kings from BSG with code QUEST01 - 30 times wagering and NO MAX WIN - the offer is available once in a lifetime.

Deposit $50 use code WONDERS and  win 100 Free Spins on BSG pokies (Fruit Zen, Golden Horns, Ogre Empire, More Gold Diggin) that can be played interchangeably any of four pokies participating in the promotion (or their combinations) as well as number of Free Spins to play on each pokie. Wagering 20 times with No MAX win. The offer is available once a week.

40 Free Spins on 4 different pokies (Gold Canyon, Back to Venus, Once Upon a Time, Dim Sum Prize) with code WINDS and min deposit of 20 dollars. Wagering 30 times with No MAX win. The offer is available once a week.

Spin Samurai casino prepared for the celebration! Why not take a part in St.Patrick's treasure tournament with a NZ$ 37,500 prize or find the pot of gold in some of the casino's awesome Irish-themed games selection for the holiday! Take your lucky chance! 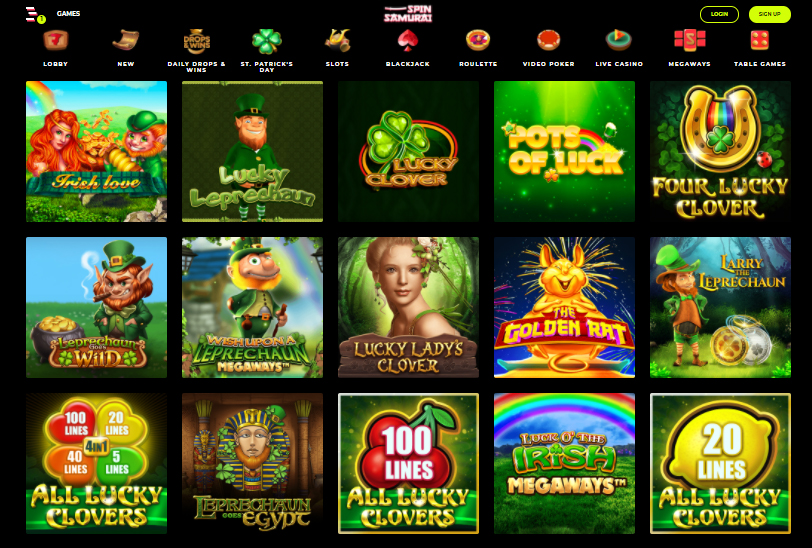 The story behind Saint Patrick's Day

Next Wednesday, the 17th of March is a holiday of Irish heritage and pride - Saint Patrick's Day that is spread not only within the island of Ireland, but all around the world, especially in the USA and other English-speaking countries, like Canada, Australia and, of course, New Zealand, with big Irish communities and diaspora. Patrick (born Maewyn Succat) was a British-born bishop and a former slave, captured at the age of 16 and sent to Ireland from Roman Britain in the late 4th century. He tried to flee, but he returned in 432 to convert the Irish to Сhristianity - he chose a new name as priest - Patricius (Patrick) which meant “father figure” in Latin. Down his pathway, he had managed to found monasteries, churches, and schools for the Irish by the time he died. He passed away on March 17, 461, and was almost forgotten, but as time progressed, legends about the St. Patrick continued to circulate, such as that he chased the snakes out of Ireland and explained the Trinity using the shamrock, and eventually, he was appointed the Patron Saint of Ireland. Thanks to the Irish immigrants around the world, March 17th (the day of his death) became St. Patrick's Day - the biggest celebration of all things Irish. The most lavish festivities, which featured elaborate parades, were held in cities with vast numbers of irish settlers, all to commemorate St. Patrick and the Irish culture together with the increasingly popular folklore attributes - shamrocks, leprechauns, green costumes and a lot more.

Spring has come which means it's time to go hiking up hillsides in search of four-leaf clovers. At least, that's the story behind Emerald Gold pokies (created by Just For The Win studio) offered by Microgaming. The game takes players to the Emerald Isle's verdant, leprechaun-filled hills. Players will win cash prizes by collecting golden clovers in this high-volatility, 40-payline pokie game. Applying a rather traditional design Emerald Gold will fit perfectly into Microgaming online pokie game portfolio and will soon be included in our selection of best free online pokies.

Five reels and twenty-five paylines with nasty she-devil 'Evilene,' a joyful leprechaun, melting pots of gold, bubbling potions, and much more abound on the reels, leaving you with a roaring desire to hit the jackpots! Leprechaun goes to Hell has two wild symbols (Evilene and the Leprechaun) that help create winning combos by replacing any other reel symbols but scatters. The payline win is doubled if both Evilene and the Leprechaun appear on the same winning payline combo! When three pots of gold symbols appear on the reels, the reels will catch fire, causing 10 FS with a 2x multiplier. During the game, landing three more pots of gold rewards an extra 10 free spins and doubles the multiplier, for a total of 50 free spins and an overall winning multiplier of ten!

Game of Luck by EGT

EGT uses a conventional 5 reel, 3 row design in this video pokies. This game has 20 paylines, you can change the number of coins you want to bet per line. The number of coins per line will vary from 1, 2, 5, 10, and 20. A, K, Q, J, and 10 are the traditional playing card symbols that will hit on the reels. Aside from them, you'll have a few interesting characters, such as a Leprechaun, a Ladybug, a Mushroom, and a lovely young lady. The four-leaf clover and a golden horseshoe are the game's two Wilds - common symbols for good luck. The horseshoe wild will replace the standard symbols in a combination and create its own combos. The clover, on the other hand, would only occur on reels 2 or 4, impacting all neighboring cells. The scatter sign is a gold coin with the number seven - its’ payouts are determined by the overall bet and special multipliers, rather than the scatter's position.

Irish Eyes is a 5-reel, 25-payline pokie game powered by NextGen Gaming that incorporates the traditional Irish luck theme. A Pick Me Bonus round and Free Spins are included in this two-feature pokie. In the Pick Me Up bonus round you have the chance to win up to 12 Free Spins as well as 100 times your triggering bet. Regular symbols, wild symbols, and scatter symbols are all used in the game. The Leprechaun, the Irish Lady, Pots of Gold, Rainbows, 4-Leaf Clovers, and a couple of playing card symbols such as royals, 10, and 9 are used in this Irish-themed pokie game. Three or more Irish Ladies will activate the FS feature, which awards you with 12 free spins and triples all wins. The Free Spins are played with the same bet per line and paylines as the feature-triggering spin. By hitting 3 or more Irish Ladies, you can also re-trigger more FS. When you've used up all of your Free Spins, the feature will end. The Pick and Win feature is triggered when the Leprechaun appears on both the first and last reels in a single spin. To reveal a prize, pick a symbol. Furthermore, you have the chance to win up to 100x your triggering bet, so if you bet the maximum, it pays very well. 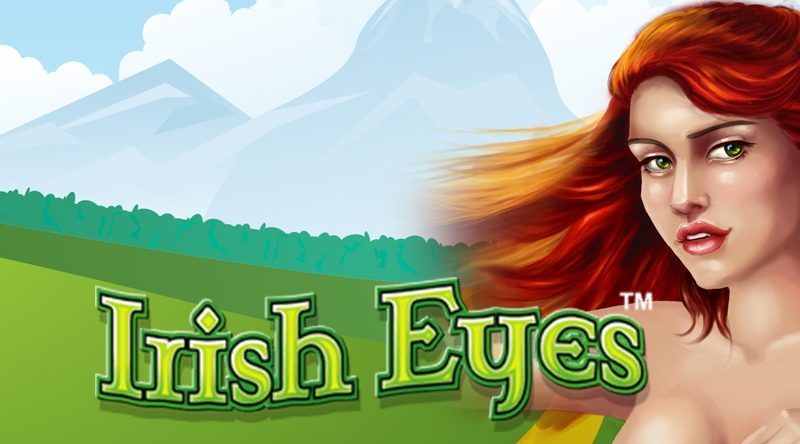