Online Casino NZ Rankings > How to play pokies in a club
Related Posts:

How to play pokies in a club

Let's be honest, playing the pokies isn’t a particularly hard game to play, it's not complicated to follow, it's fun and all you really need do is follow a few simple guidelines and you are set. But the best way to really know ‘how’ to play the pokies, is to get a little bit educated on how they work, this way you are more likely to have more wins and have a better night all around.

There are approximately 2000,000 pokie machines games in Australia in casinos and in over 4000 clubs around the country. The machines are such a novelty for travelers that the foreigners love them, as well as the locals who play for both leisure and as serious players.

The pokie machines are basically computer run games set up in an old style slot machine (for nostalgia's sake). You put money in and the machine turns them into credits with which you play and bet with. When you press the button to start the computer will spin each reel and it will land on a random symbol. What you want to happen is for those symbols in one line to match up and then you have a jolly old win, completely by chance.

To get better acquainted with the game, read our consumer insights into playing the pokies in a club, what to look out for, how to reap the most benefits and enjoy your game.

Play Community Pokies in a club

Simply put, instead of playing the pokies on your lonesome, next to another player on their lonesome, you are playing together. Not against other players, but with them. It’s a good way to break up your evening if you have been on the machines playing solo for a while.

Each player naturally has their own machine but they are connected to the same network, or bank of machines and include the same bonus feature. Usually, the more people playing at the same time, the more often a bonus feature is triggered, albeit randomly. The amount you bet determines the multiplier in the feature and each multiplier climbs the more you bet. Even though you can’t see other player’s screens, they may be on a different level of a multiplier and betting different amount to you.

The game will decide which of these players gets the opportunity to pick a symbol, spin the wheel or roll the dice, and depending on the round and the players, you may or may not be able to join in, but it really depends on the game you are playing and how many players involved. If you are not taking part in one round, it doesn’t mean you won't gain winnings, but it all depends on the chosen player at the time.

Community playing on the slot machines is not for a casual few notes in the machine, you’ll need to play with at least a few hundred dollars. People bet fast and high so they can join in the bonus feature. A great thing to try, but you may need a few rounds to get the feel of it and see ho wit all works. Once you are comfortable, you’ll be flying!

Go get yourself a Club Card

For those regular visitors to pokie establishments, a club card is the best way to reap the benefits of playing the game you love.

Throwing a few coins and pushing a button is a great way to play online pokies, but if you haven’t yet used a club card, you may be even losing money! Using a club card whilst you play earns you either points or dollars in a reward scheme linked to the establishment where you are playing.

In a casino – when you spend money, the casino keeps a record of what, when, how much and what for, as long as you’ve remembered to insert the card into the machine! The rewards and benefits you receive can be used for all sorts of things. Goods and services within the casino like hotel packages or credit for meals and drinks at certain restaurants and bars. You can also use this credit to keep playing on the machines. So as well as the casino having a record, you can too as all details about how much of your own cash you’ve spent and won, plus a rundown of points earned and used. This can be accessed from your phone or tablet at any time.

It is important to note that the earning of club card cash, does not act as free money. You can’t swap your points for cold hard cash at the cashier on your way out. The casino, or club, wants you to come back! So naturally, the points need to be used in the house.

Beware of the marketing

Any business, that is big business, wants to gain consumers. This is done universally by offers, gimmicks, freebies, coupons, and vouchers, you name it, it's been tried. Casinos especially just want you to walk in the door when that’s achieved the job is half done. Following your entry, the advertising and merchandising connected with taking a spin on the pokies can reach extraordinary levels. It is really important not to be swayed by a lot of the advertising that will be pretty much everywhere you look. If you take advantage of a lot of these offers, the truth is, it is them who are taking advantage of you.

Many casinos offer free money to play with. They do this to make you play more. It's up to you if you want to take their money, but the clever thing to do, is taking it, use it, and then stop either if you have a win from it, or, it runs out. False wins are also a big drawcard. For example, you bet $1 per push and you may win back .40c but the machine will still treat it as a win with all the who-ha that goes along with a machine win, but you’ve actually still lost .60c.

Free tournaments are also used as a gimmick to get people in and to stay longer. You may be invited to play in the game, which is great if you know what you are doing, but make sure the hours and hours of downtime in a tournament is not spent on the machines next door. If you’ve played well you may even need to wait until the very end of the whole thing to pick up your winnings, if any. 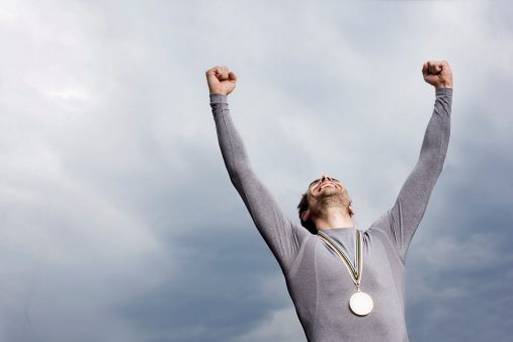 Even though there are many tips and tricks to help you play a better, more responsible, and more lucrative game on the pokie machines around Australia, it is undeniable that winning on these machines has mostly to do with luck. The machines are programmed and programmed to an advantage of the house, not to the players. Yes, there are big wins and jackpots, really fun themed games and most places will have a great variety of games to choose from.

One major sign for anyone looking to win is not to play a machine that has hit a jackpot for a long while, and the newer machines if they’ve been added to a floor. They are more likely to have higher payouts.

The longer you play on the pokies, the more likely you are to lose the majority of the money you have put into the machines, as the machines work in their favor, not yours. Pokies are a great form of entertainment in a casino or club but it really important to be aware of the fact that you are not in control of the game because it is created by random mathematical programming from a computer. Winning is all about luck rather than skill.

Set yourself a limit at the beginning of the night of how much you want to spend, and when it’s gone, stop playing. Be aware of how long you spend on the machines, and in the club or casino itself and if you feel like you are getting in too deep, don’t be afraid to ask for some help.

Are you in the mood to try out your luck right now? Play here