Being one of the greatest and beautiful countries in the world Australia is also home of some of the world’s greatest gamblers and punters. They are pros and mathematical geniuses who have beaten the odds at the world’s poker tournaments and horse racetracks. 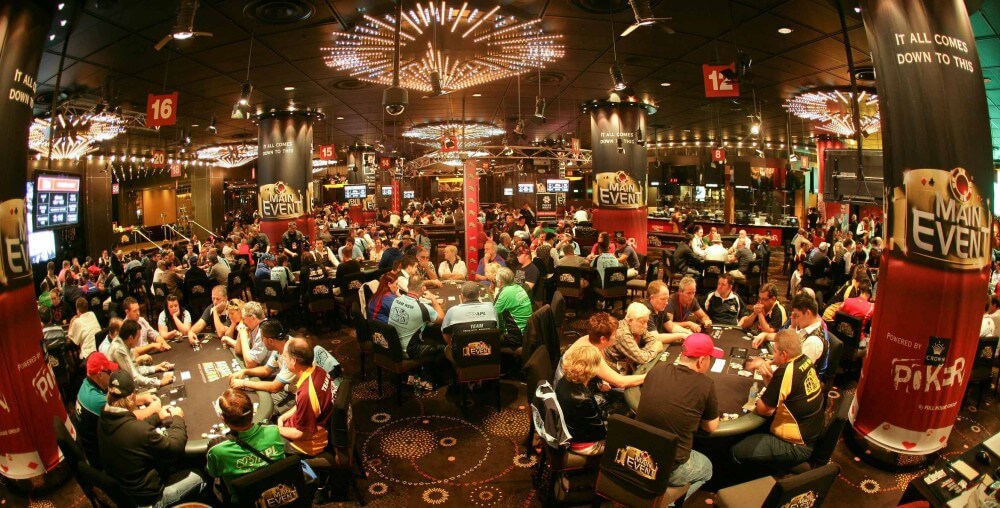 They haven’t only generated millions of dollars but also got sky-high fame. They have spent their big winnings on personal art museums, restaurants, ocean-view villas, etc. Professional gamblers and punters we’re writing about have left a significant mark in Australia’s, world’s and New Zealand's gambling history. The betting systems they use to win millions remain a secret, but no one can argue that such mathematics-based systems exist.

Some of them belong to the secret Australian Punters Club, which consists of 19 members betting $2 billion annually. For many of us, playing poker or betting on horse races for a living may look like a dream, but the truth is far away from this idyllic picture. Gambling for a living is a roller coaster requiring great concentration, skill, counting, analyzing, hiring professionals, etc. If you want to taste the success and that luck of Australia’s greatest gamblers and punters, let’s immerse yourself into the exciting journey through the gambling world.

The Bios of Australia’s Greatest Gamblers and Punters

Perce Galea, a Maltese born immigrant, was sucked into the punting from a young age and was later known as the King of Punters in Australian horseracing. He was the owner of illegal casinos from the 50s to the 70s and famous for punting forays in the 50s and 60s. In 1957, he won ₤12,000 on the lottery and escaped financial difficulties. Perce received his greatest fame on the racetrack when his super colt Eskimo Prince won the 1964 Golden Slipper Stakes.

However, he ignored his doctor’s warnings of giving up large betting after his first heart attack in 1962 and died of heart disease in 1977. Perce Galea left this world as a winner because he had bet wisely.

One of the world’s biggest punters ever, Alan Woods was a phenomenal mathematician who first bet on horses at a university. Recognized as among the top three punters in the world, he made his biggest contribution to computer betting syndicates and developed a mathematics-based computer program, which later earned him millions.

In the 80s, he found his way to Hong Kong and took its horseracing by storm. The founder and chairman of one of the world’s three most successful computer gambling syndicates, Alan won his very first million in 1987. He has donated millions of dollars to Australian mental health research, Filipino community and Australian bridge. At the time of his death, his fortune was estimated at $670 million.

David Steicke was one of the nineteen members of the secret and mysterious club known as The Punters Club, Australian-based international gambling syndicate, which bets billions of dollars a year. Being a secret club’s member he has a low profile and has never appeared on any rich list. He started his punting career at the Adelaide Casino in the mid-80s and now plays the professional poker circuit in Hong Kong where he is known as Macau high roller performer. He was kicked out from the club in 2006.

Australian-born writer and successful high stakes gambler, Andrew W Scott started his career as an accountant, but he ended up playing online Blackjack at Wrest Point Hotel Casino in 1986. He was quickly identified as a skilled gambler by casino owners, and, as a result, Andrew has been frustrated by all Australian and other casinos. In 1993, he established private Blackjack Masters School in order to teach techniques for winning at Blackjack. It is estimated that he has played at over 150 casinos throughout the world and won over $15 million.

Ranking fifth on Australia’s All-Time Money List, Jonathan Karamalikis started his career as a gambler betting just $3 and only playing for fun when he was only 15. A 22-year-old Aussie Jonathan is a successfully growing Australia’s gambler, who has won $2.6 million from live tournaments since 2007. Commonly known as online poker star xMONSTERxDONGx, he has won over $5 million from online pokies and is expected to be the future.

Considered Australia’s greatest punter, Eric Connolly was also owner and trainer of horses, and philanthropist donating his money to the poor, churches and hospitals. His horses won the 1910 Oakleigh Plate, the 1913 Williamstown Cup, the 1922 and 1923 Newmarkets and the 1927 Metropolitan, which brought him an estimated £250,000.